Winter Is Coming: Winter Survival Hacks
You’ll Thank Us For! 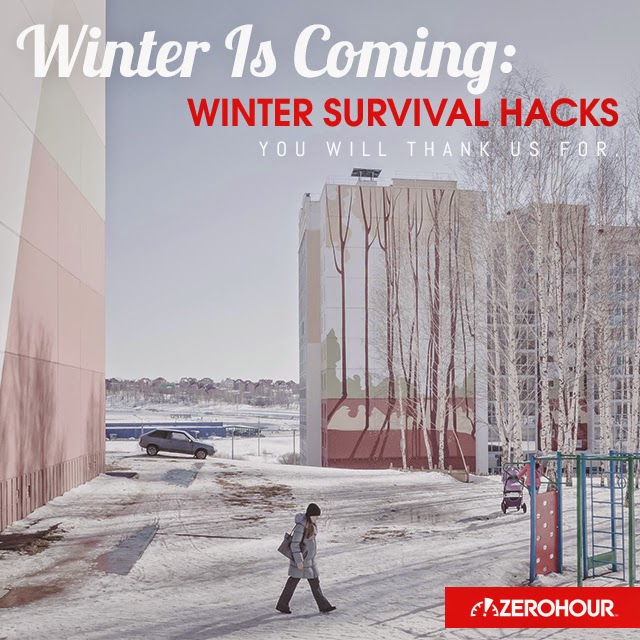 Winter is coming! No, we don’t mean like a popular television series whose writers knowingly kill off every lovable character you’ve become emotionally attached too. By winter we mean the brutal and destructive season that we all seem to love, but ultimately love to hate. Winter is an unforgiving season whose weather is persistent in its attempts to increase the difficulty towards completing even the simplest of task. If you find yourself spending more time preparing to leave the house rather than actually leaving it, keep these 5 Lifehacks in mind:
1) Give Your Bike Tires Some Traction 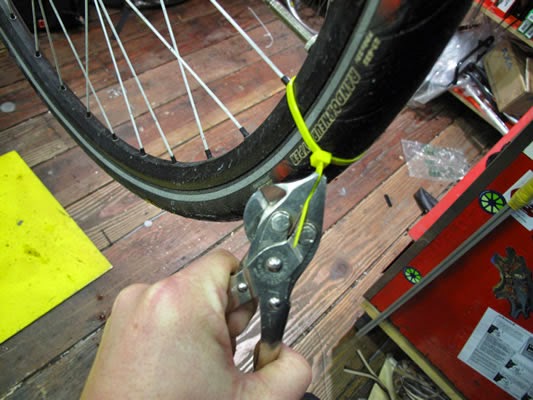 Great! Your car won’t start, or perhaps you’re the lack of traction of your bike makes riding absolutely useless. Sound familiar? Fear not, we have a solution for you! Bike rides can be an absolute hassle in the winter. Not only do will your tires refuse to gain traction, but you are also a human being experiencing what it’s like to live in a giant ice box. Applying zip ties to work for you is an inexpensive way to make riding possible all winter long. As far as how to withstand the unforgiving season, unfortunately we’re trying to solve that problem ourselves.
2) Parking Your Car Facing East 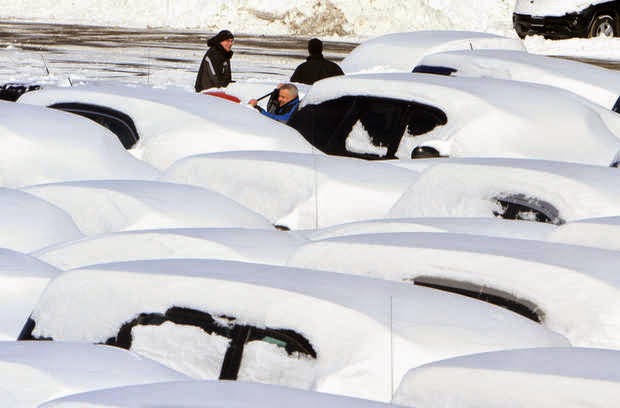 Starting your car in the winter can be a game of Russian roulette – it will work flawlessly one day and refuse to cooperate on another. Waiting for the ice and frost to melt in the mornings, however, are an absolute guarantee. Another trick towards making your mornings a little easier is by simply pointing your car in the direction the sunrises (east if you did were unable to get the hint). The first thing those warm rays of the morning sunrise will hit is your windshield – giving you a head start in the morning snow removal.
3) Turn Your Shovel Into A Non Stick Spatula 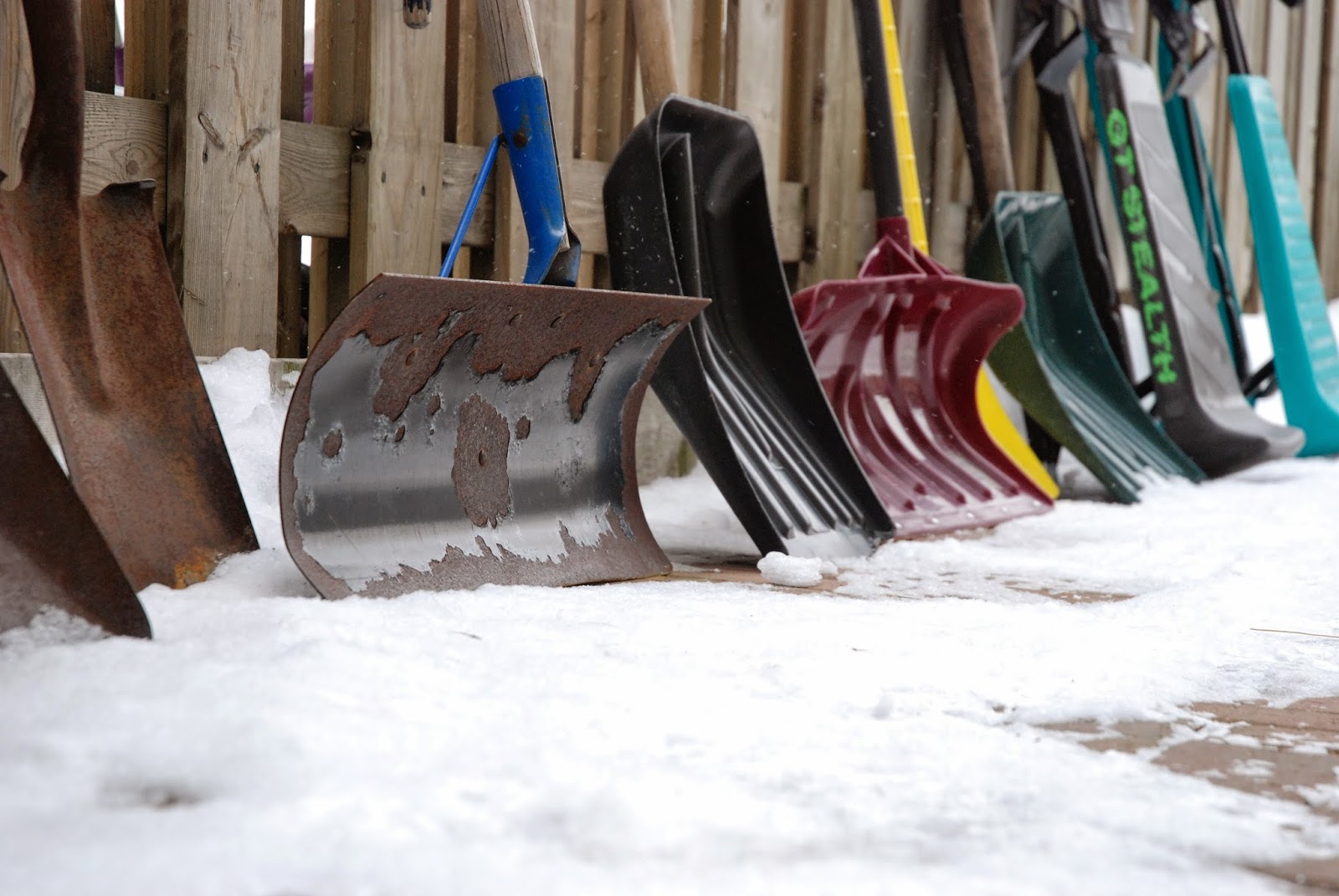 If you think you are able to anticipate and prepare ahead of time for mother nature, she will just laugh at your efforts because the snow will NEVER stop coming. Best case scenario? Shoveling the snow will cover your upper body work out days for the week, but it does not have to be a worst case scenario situation. Who are we kidding? Make the hassle of maintaining your driveway a breeze by spraying the scooping end of a shovel with cooking spray. Not only are you preventing any snow from sticking (and ultimately weighing down) your shovel, you will spend less time trying to remove the extra snow with every scoop.
4) Vinegar to Prevent Icy Windshields 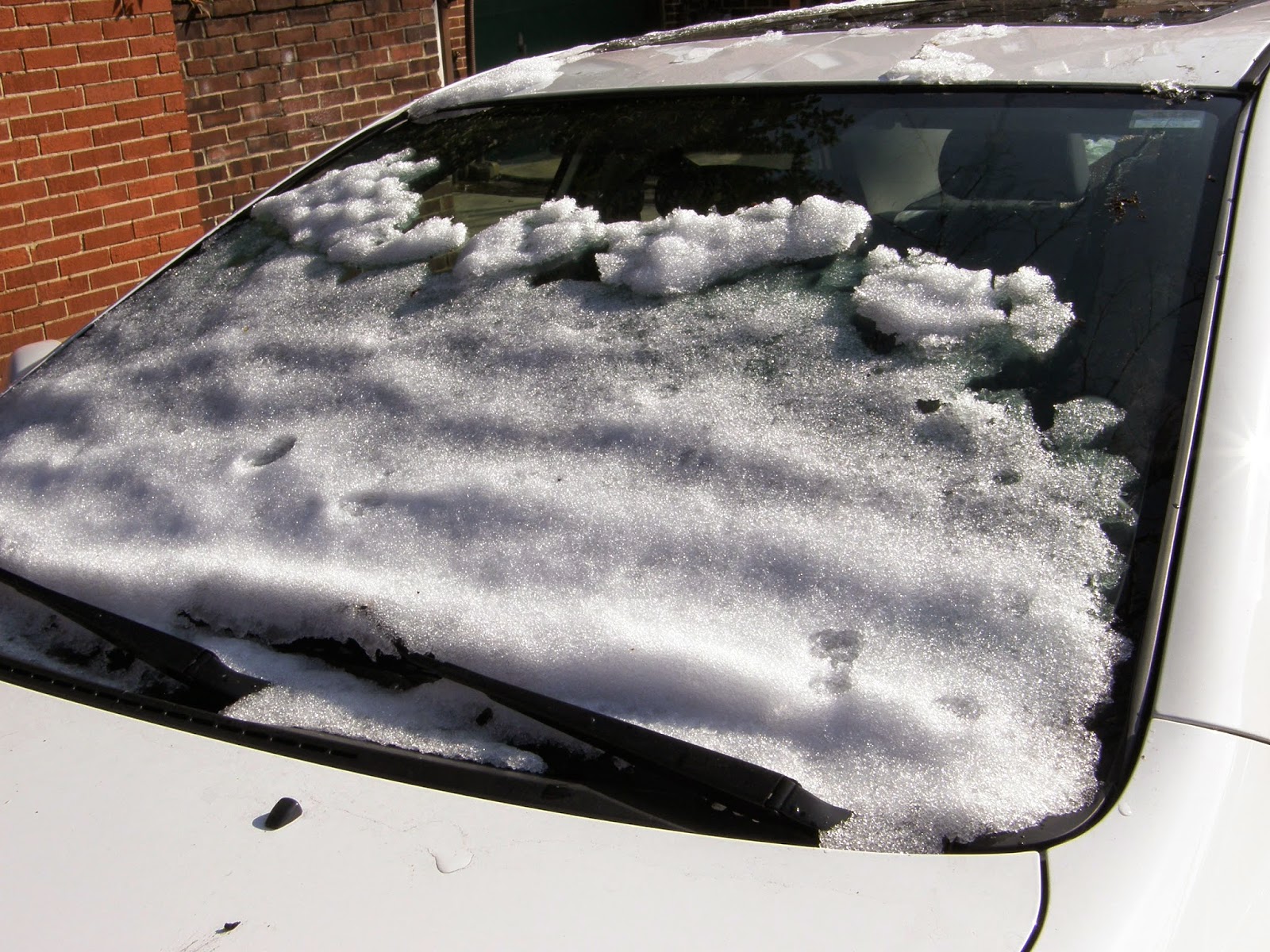 The worst gifts, or rather the most annoying tasks, of the winter season is dealing with an icy windshield. Not only will you waste your time waiting for your car to heat up in order to defog your windshield, you will also need to wipe it down as to not inhibit your vision. To keep ice from building up on your windshields, just spray them down with some vinegar. Using 2 quarts of rubbing alcohol, 1 cup water and 1 teaspoon of dish detergent, you now have a de-icing cocktail mixture at a fraction of the price of your typical commercial product. Apply to your car windows the night before and spend the rest of the night deciding what to do with all that extra free time you will have.
5) De-Ice Your Locks Using Hand Sanitizer 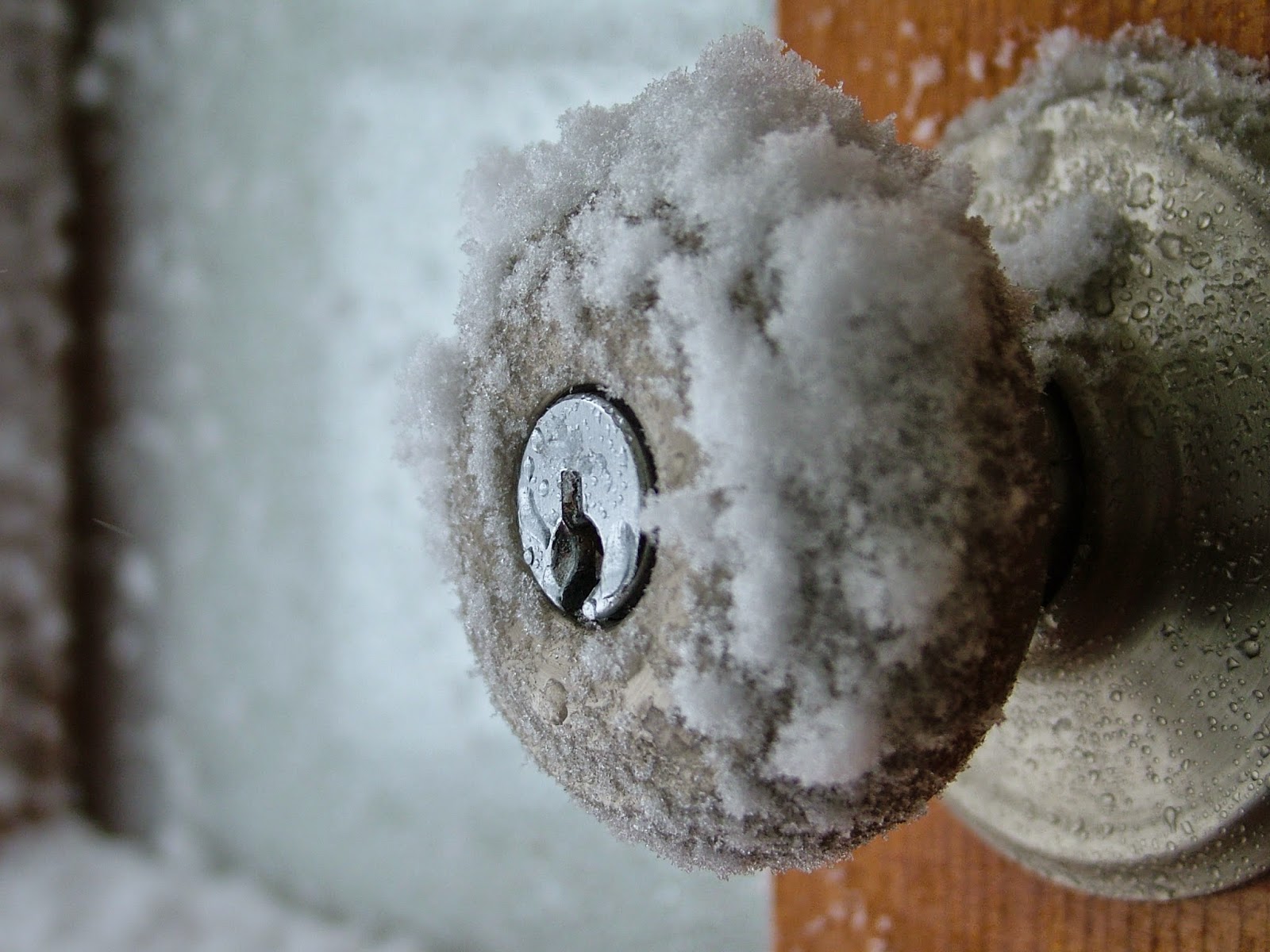 An Iced over lock can single handedly ruin your morning or night. If you would like to avoid enduring the elements longer than you possible have to, try applying some hand sanitizer to your locks and keys to quickly melt off the persistent ice. The alcohol will melt the ice and prevent a new layer to form for the time behind. Fun fact, this life hack has an added benefit of keeping your knobs and keys smelling ridiculously refreshing.
Stay safe this winter! Let us know in the comments below about specific life hacks you’ve used in previous winters.
← Older Post Newer Post →
Loading...
Error